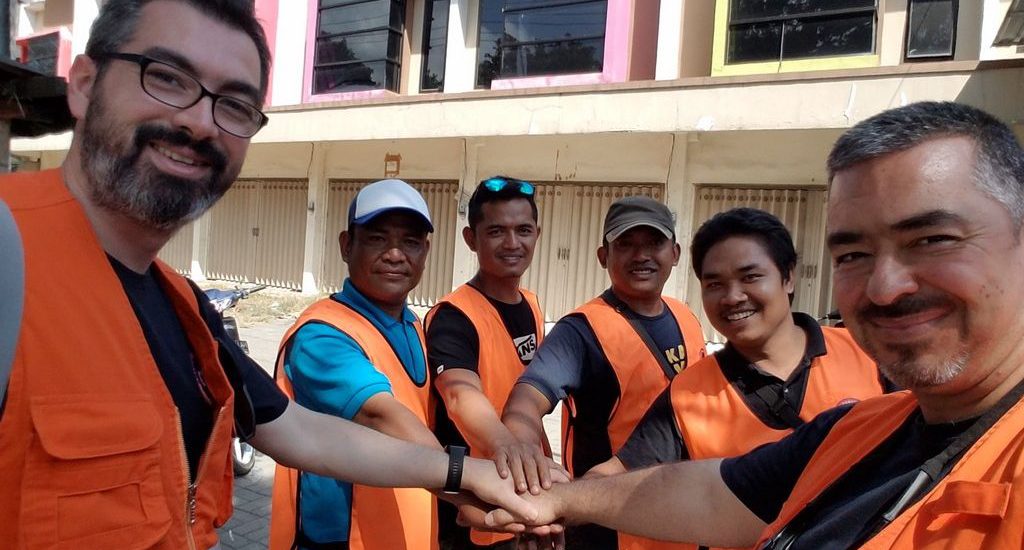 With the knowledge of AFAD, the GEA Team, consisting of 2 members, gone to the region in cooperation with the local non-governmental organization RCC (Rinjani Cycling Community) to carry out the following activities, which will be held between 14-17 August:

On August 15, by meeting local connections in Mataram, center of the island, basic needs in the region were determined and studies were started to supply the necessary supplies.

Later, 12 volunteers were given “Disaster Management and Living With Earthquake Training for Trainers”. After the training, studies were carried out for the preparation and distribution of materials with the volunteers participating in the training.

On August 16, Masbagik Timur Primary School was visited with a team of 25 people, including volunteers dressed in superhero costumes, and toys were distributed by giving Living With Earthquake Training to students.

Afterwards, with 2 GEA team members and 25 volunteers, we moved to Sambelia region, which was affected by the disaster in the north of the island. Desa Madayin village in the region was reached and “Earthquake Preparedness and Psychological Support Training” was given to families suffering from the earthquake in the tent city where the homeless people from 6 villages around were together. Aid materials were then delivered to local authorities in the region.

A project was developed to establish a light search and rescue group that could support the region with a team of local volunteers, and on August 17, the GEA team left the island. 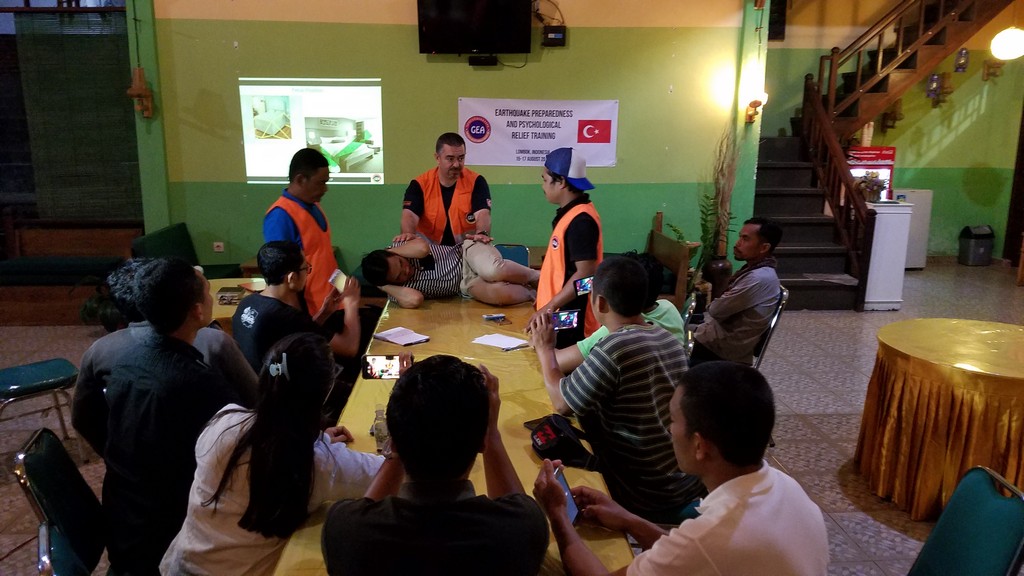 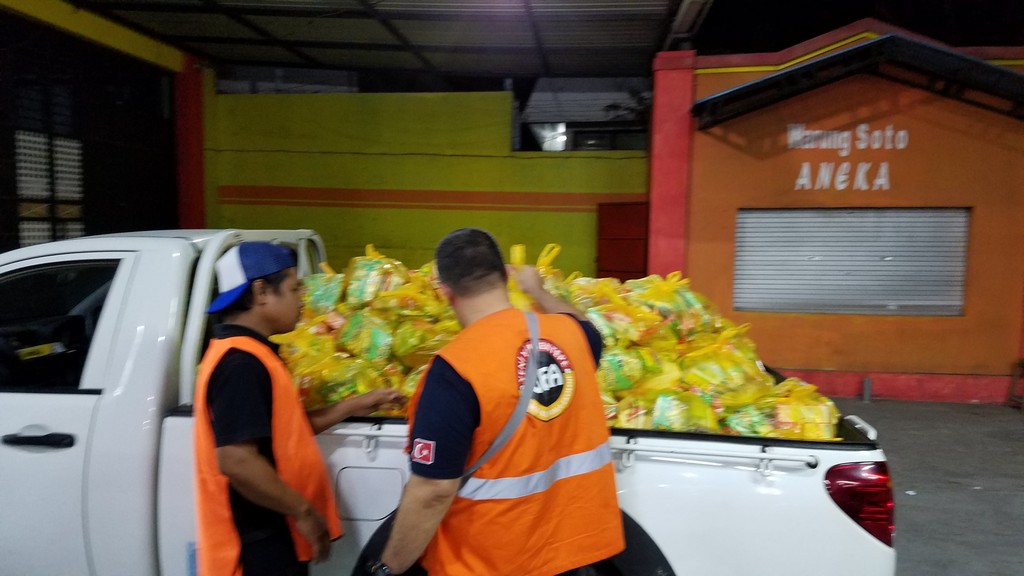 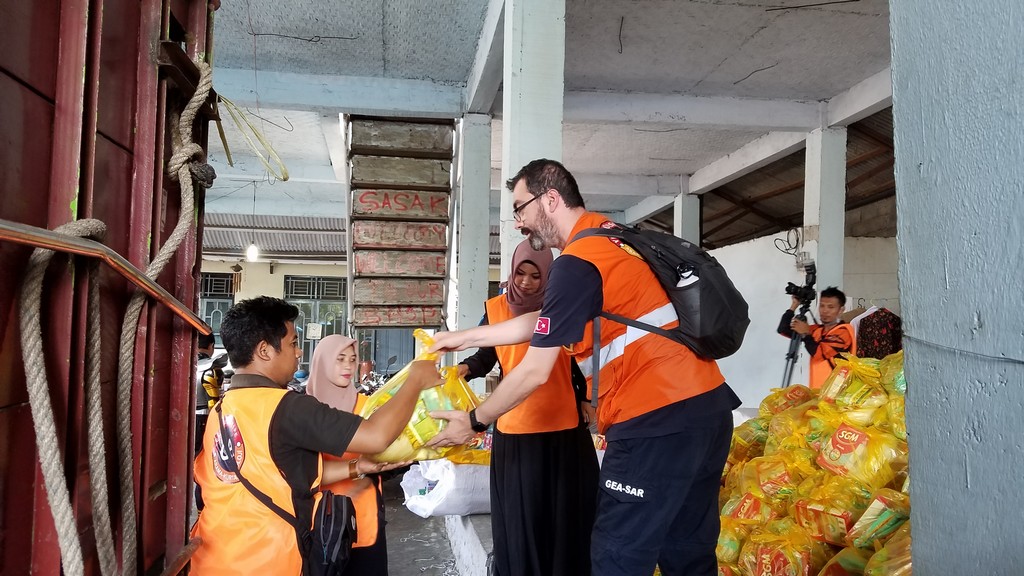 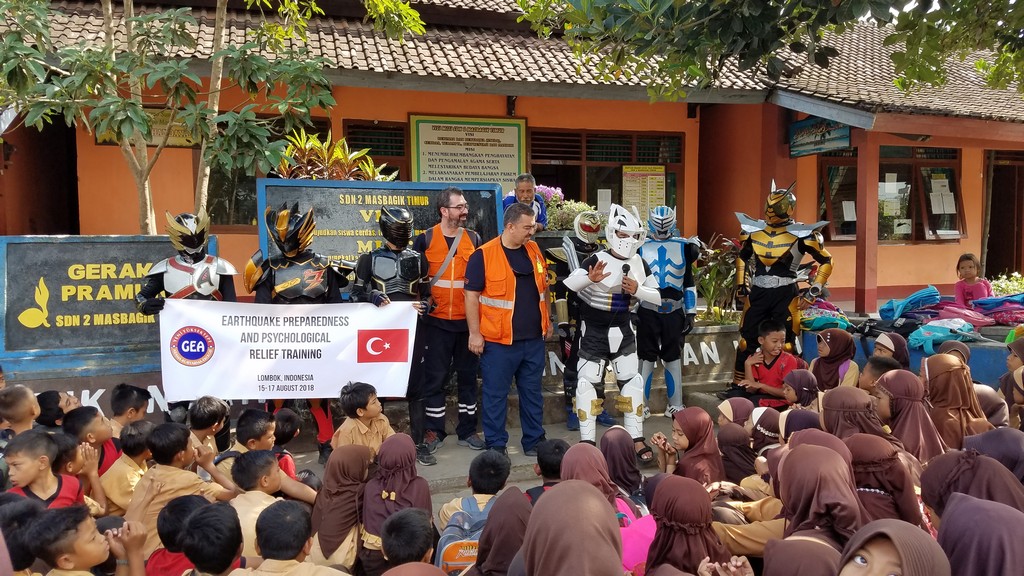 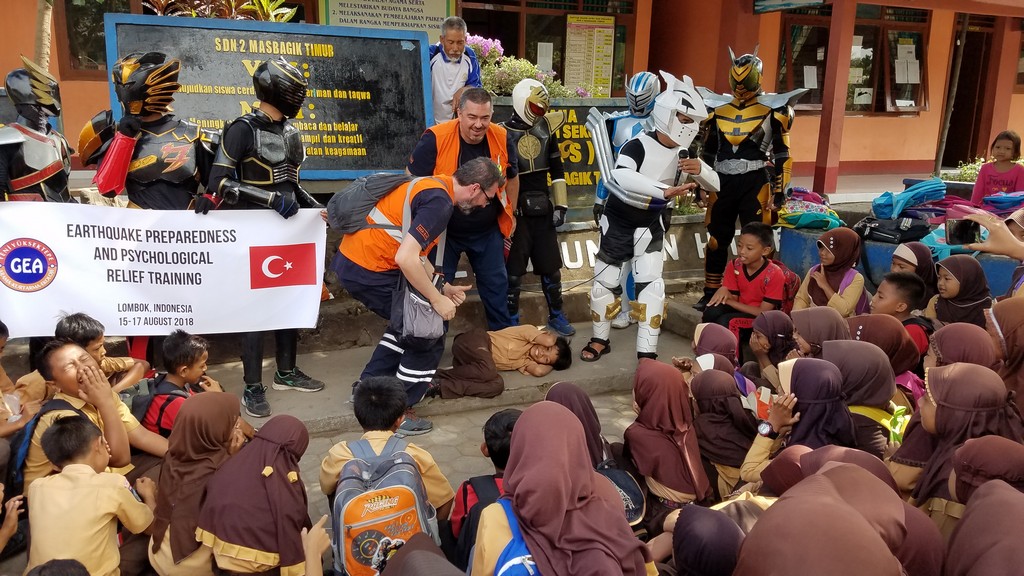 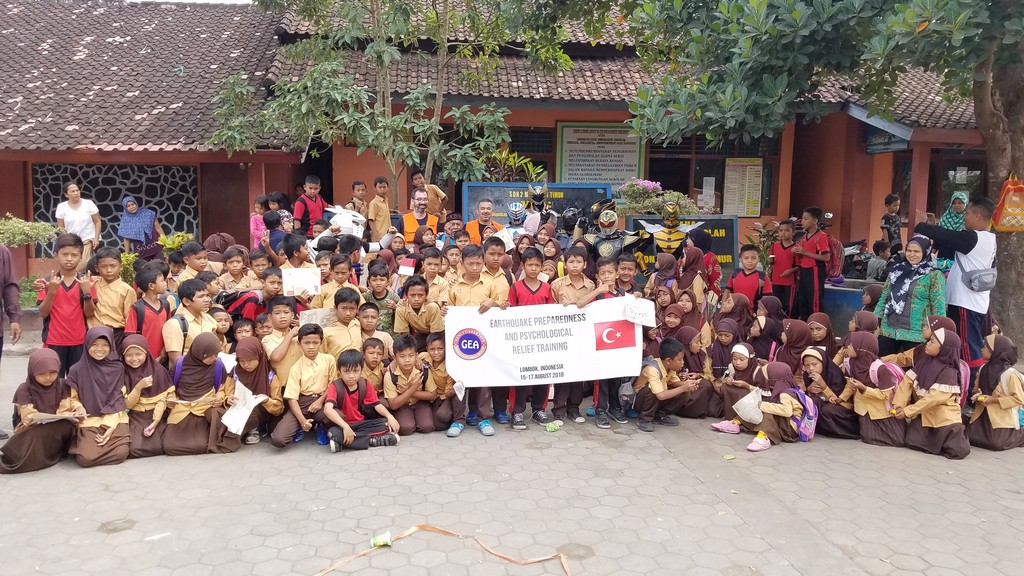 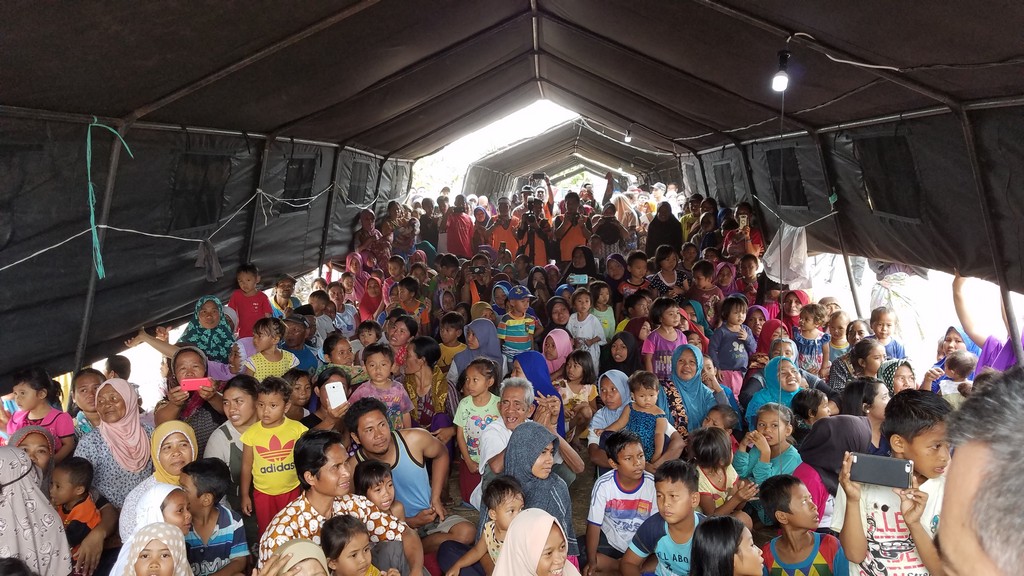 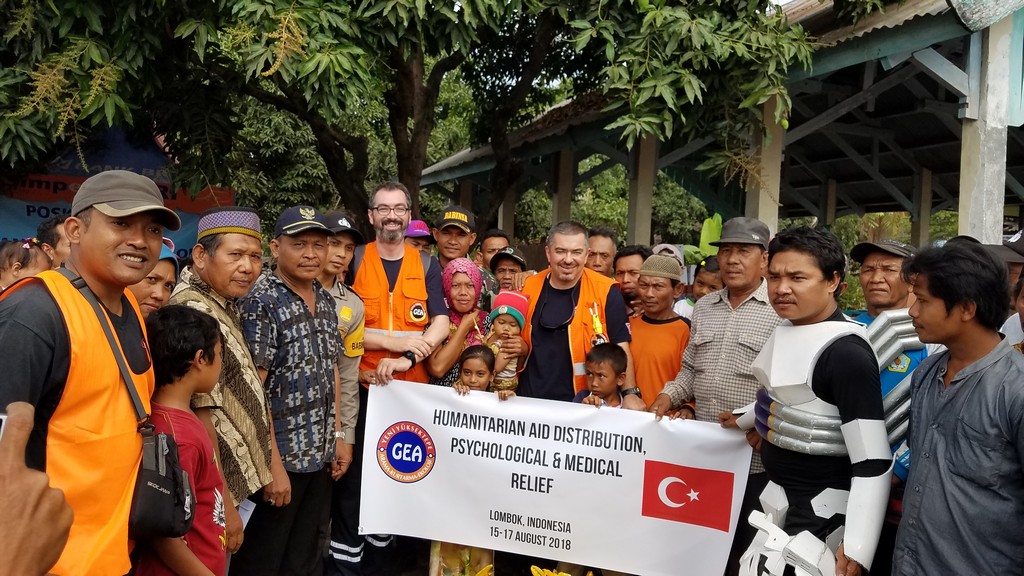 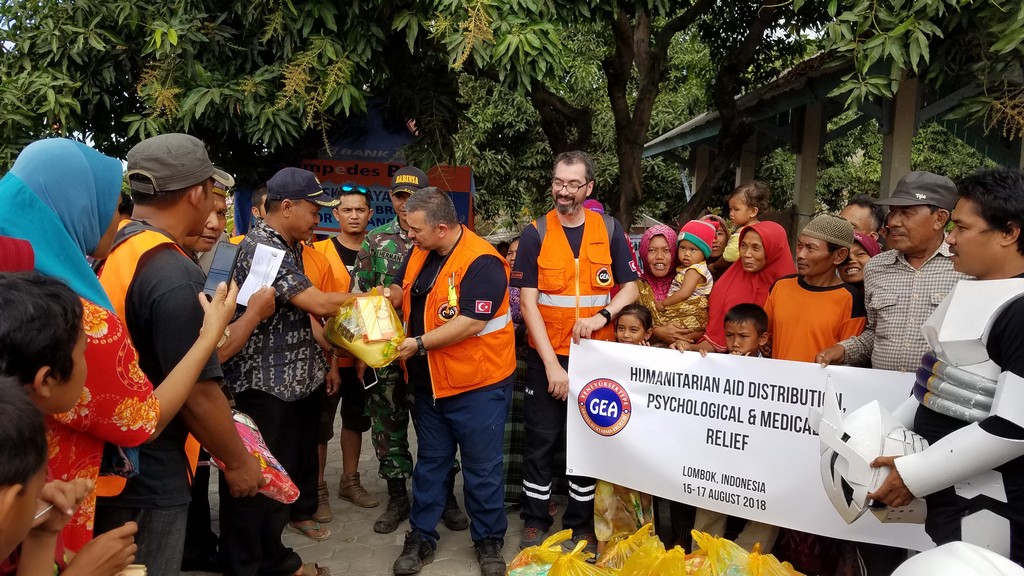 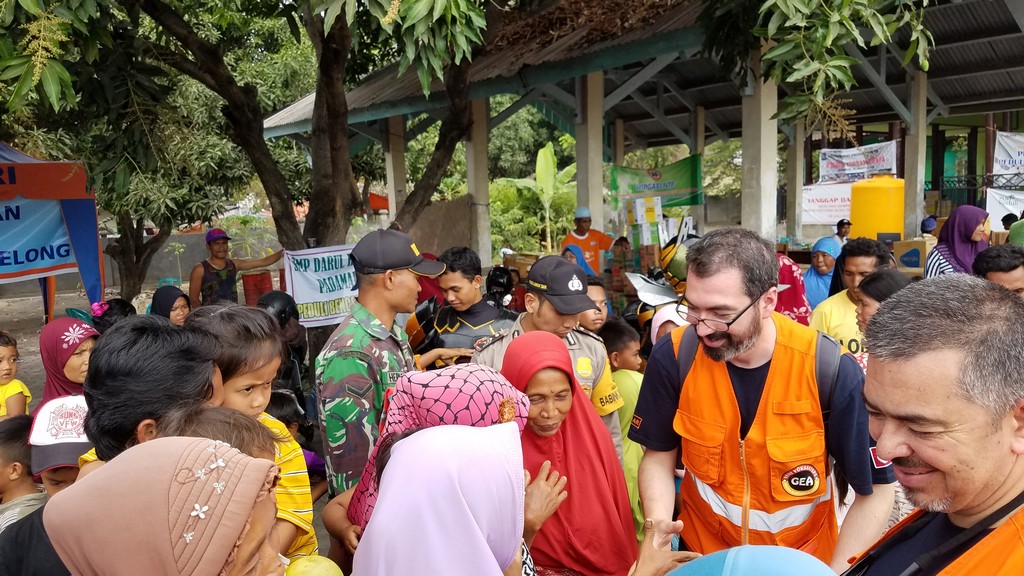 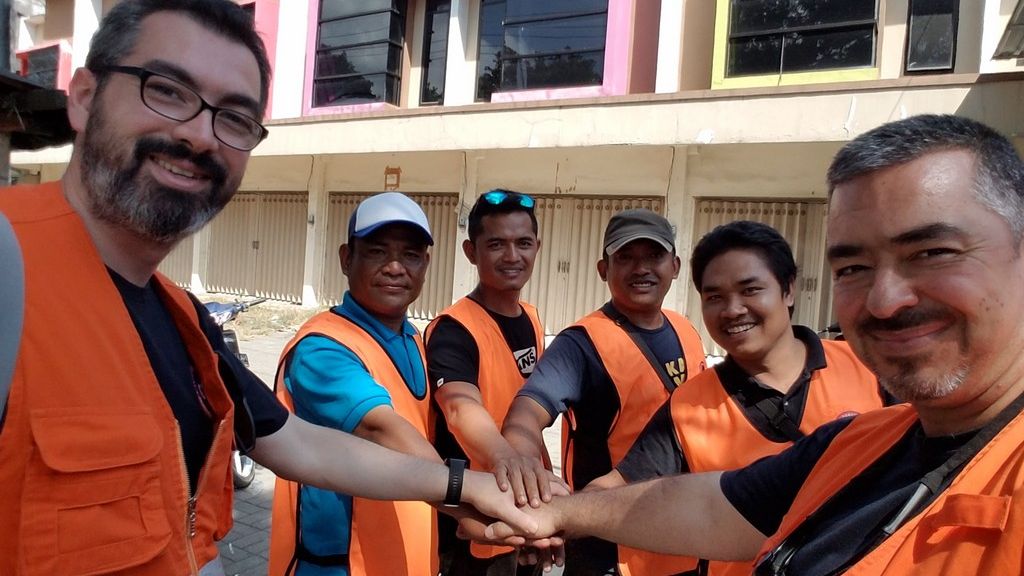