A flood disaster in Pakistan, a team from GEA team went to Karachi on the

invitation, in coordination with AFAD , to provide support in the field of humanitarian aid and emergency management.

The team provided training in emergency management to the Consulate General of Karachi, Pakistan Civil Defense, Provincial Disaster Management, and the Sindh Scouts Organization. After that, they distributed humanitarian aid materials by visiting camps where the victims of the disaster were located. They distributed toys to over 500 children and food supplies to 1000 people in the camp areas of Jamshoro and Bholari in the Sindh province.

It also mentions that the GEA team has previously been in Pakistan during other major disasters, such as the 2005 Kashmir earthquake and the 2010 flood, to conduct search and rescue, medical and humanitarian aid operations. And mentioned Hyderabad in Sindh was badly affected by the Monsoon rains and floods, resulting in thousands of deaths and affecting millions of people. 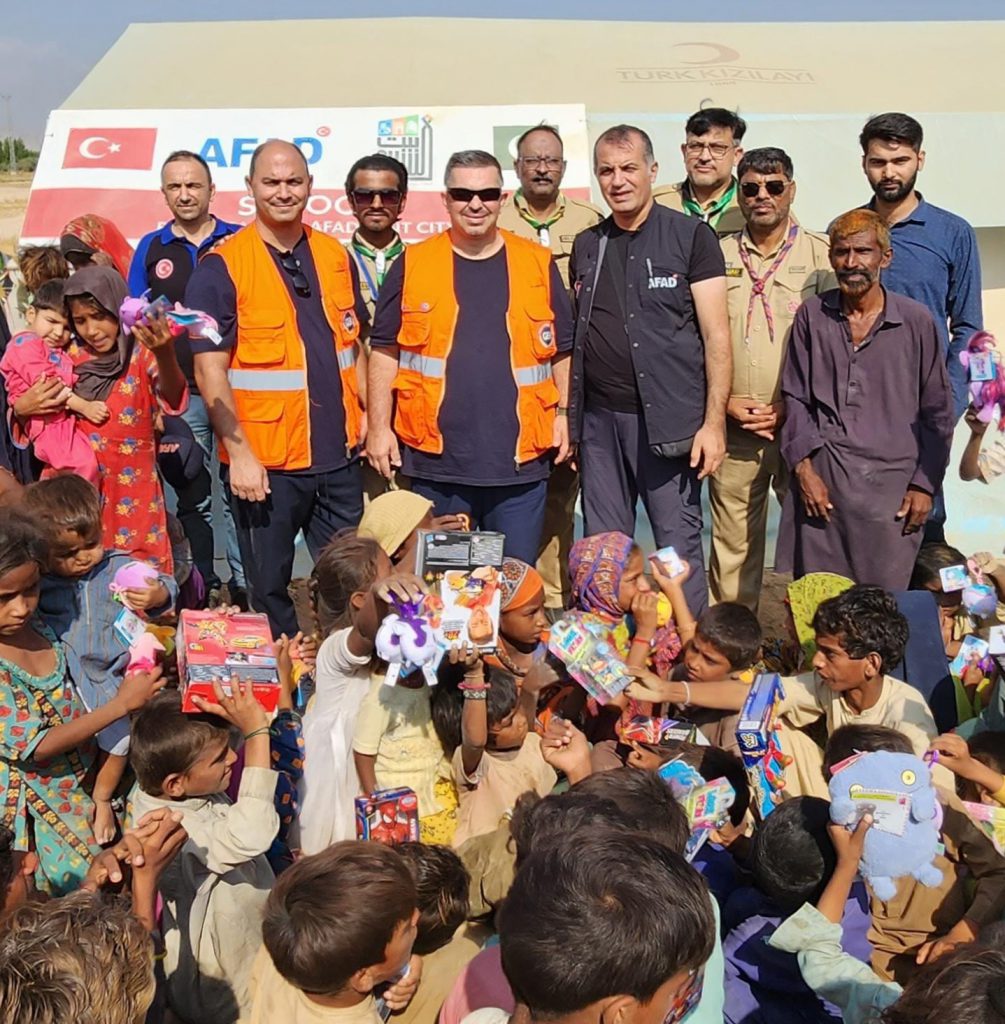 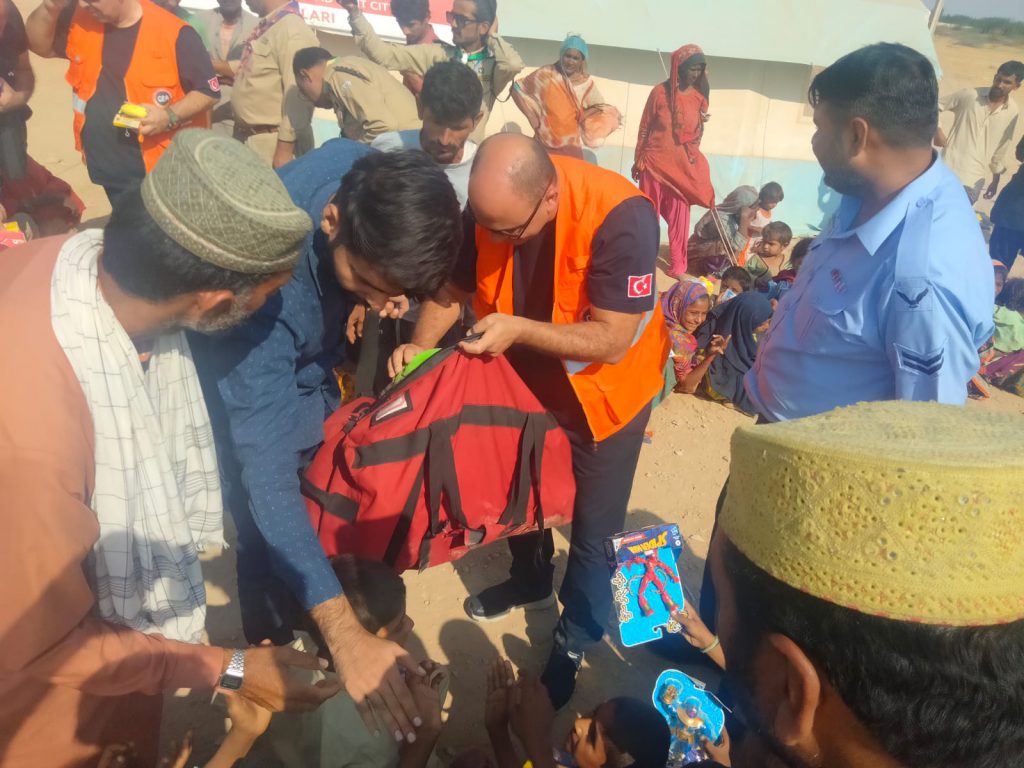 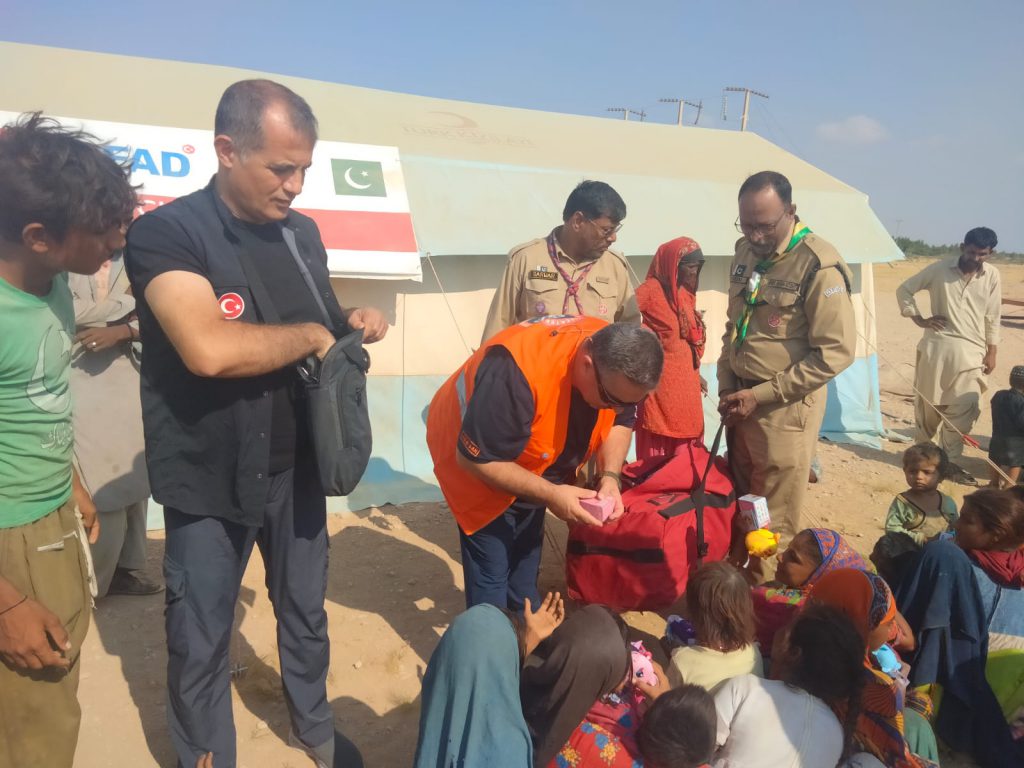 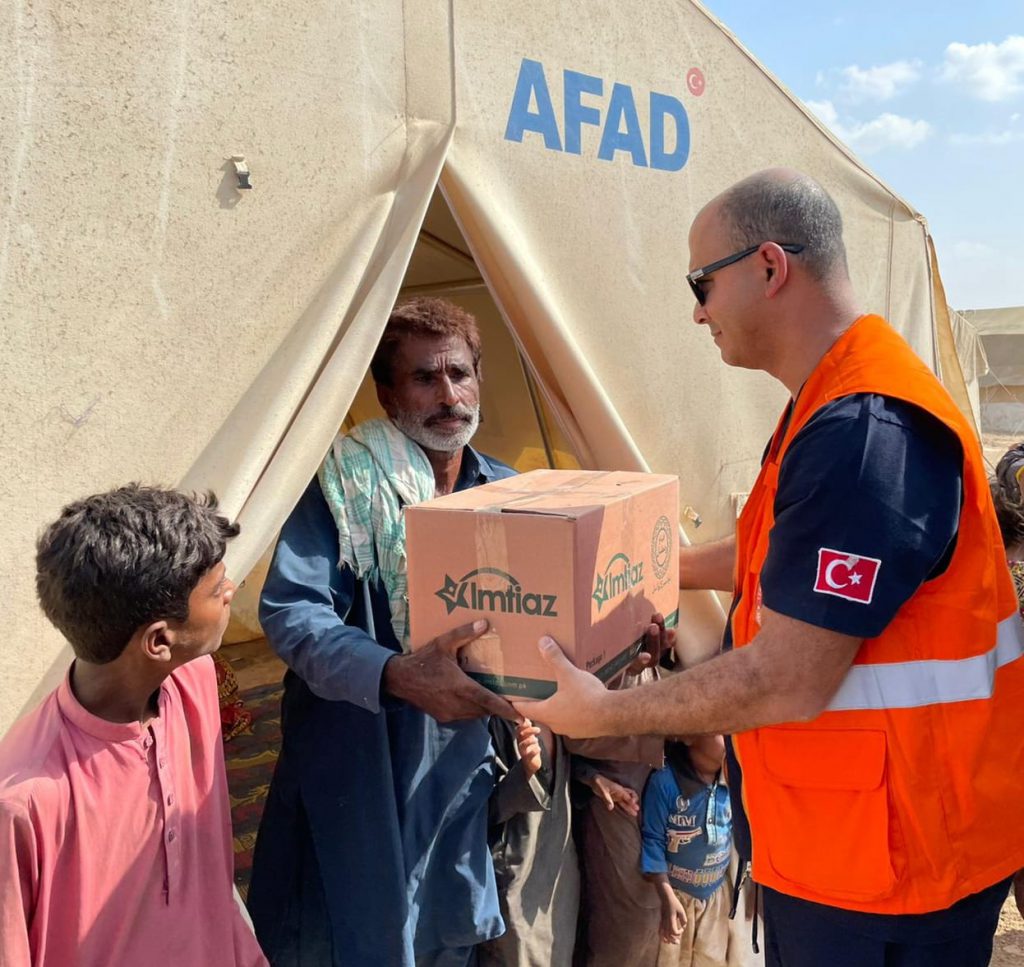